Something Short: A Story for a Prompt: Fragrant

Something Short: A Story for a Prompt: Fragrant 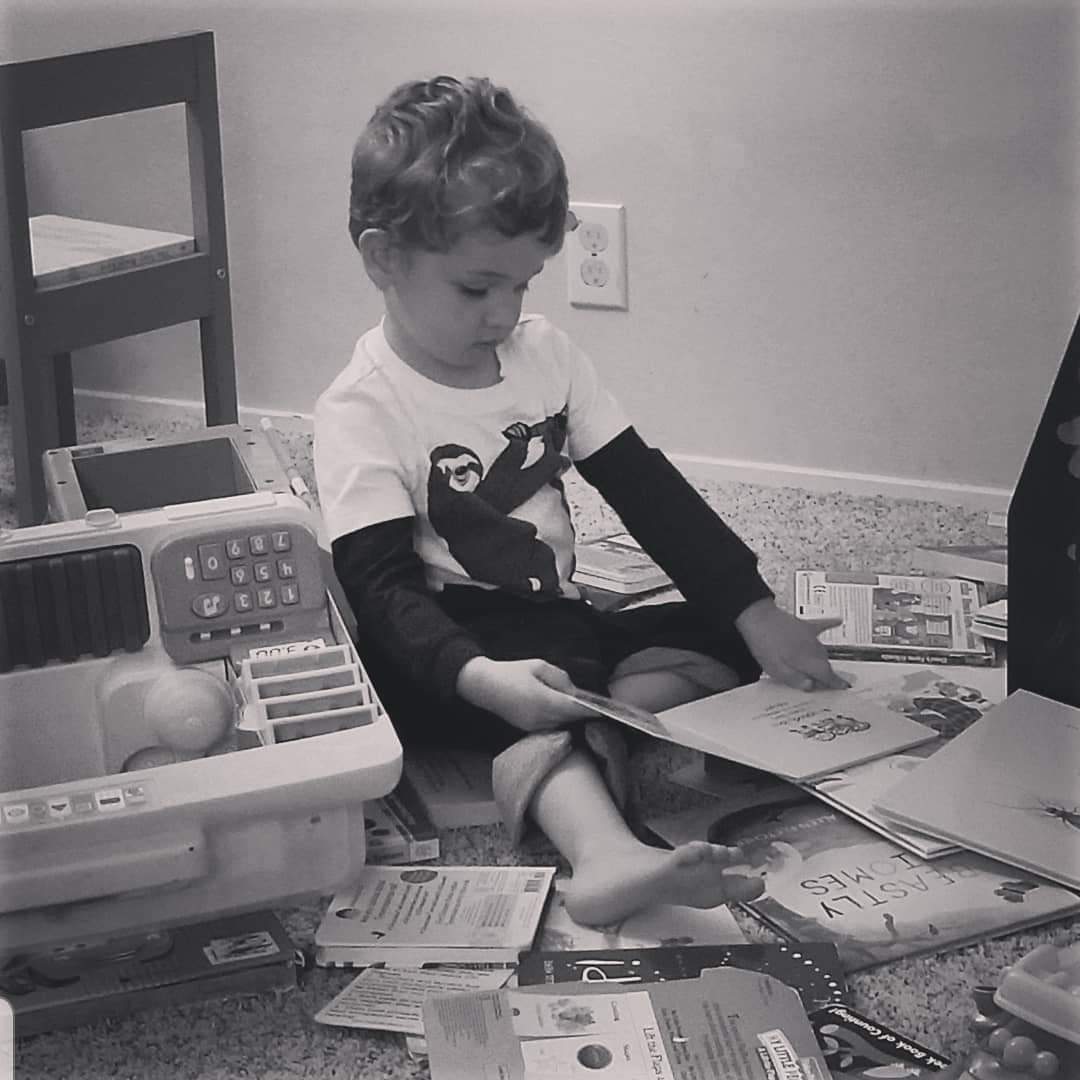 Kayden nestles into the pillow, sleep drunk but eyes still open. He is intoxicated by the warm bath that lingers on his skin, worn out by the stack of bedtime books flung all about him on the blankets. He is wrapped in an aura of melting cozy baby humidity while stories about grumpy monkeys, wild things, dinosnores, and how much he is loved wander around his head in my voice.

It’s a tired voice, grateful for the quiet time and the way my rambunctious, cuddly grandchild has taken his cue from the night sky, the bathwater, and the nest of blankets to switch gears into neutral, gradually shifting towards a gentle stop.

Sinking deeper into story time, the snuggly boy-child tucks his snoozy toes under the covers, eyes closed and forehead drawn in concentration as he worms them around in search of the perfect spot.

His little fingers grip the edge of the comforter, tugging it into place, arranging it just so around his little chest, then losing themselves in its folds. When he has found his just right, a deep, contented sigh escapes his entire body and I am not sure what to do with the overwhelm of sweetness—he has tangled himself up in my arms and legs, this tiny being, who has taken ownership of my limbs in accordance with his birthright.

Apparently, I am his squishy body pillow.

Nestling together in each other’s shapes, the thought strikes me again, for the 400th time: Was my mother body ever so perfectly formed to cradle babies and small children like my grandmother body is? It must have been; this is all so familiar, like coming home. But was I just busier then, or had I forgotten, before Kayden came along, what it was to be a designer recliner for a tiny human?

On his day one and every day since, this child’s shape has molded perfectly within mine, the crook of my arm, the bowl of my lap, the length of my legs propped on the ottoman. Time and nature have carved me into the perfect platform for climbing, sitting, reclining. For spinning, bouncing, and for stretching full length along my prone self on the living room floor, like furniture. And seconds later, when I’m free to stand, I’m scaffolding. A jungle gym. Versatile. Tactile. Moldable to his will.

When he was tiny and took naps, my arms were his treehouse, gently swaying him to sleep, keeping him safe in dreamland. He’s too big for that now, but sometimes he will monkey himself into my arms for a swaying cuddle and cling.

Sleep tries to overtake him now in his mother’s bed, and he flips his body to resist its pull, but he’s thwarted by the fragrance of his mother’s shampoo on her pillow. He inhales it like a drug and relaxes into a puddle and my heart cannot bear it. Laugh or cry or go crazy from the unbearable loveliness of it all? I don’t know. I am lost.

It’s 8 o’clock. I have been with Kayden since 6 a.m. and I’ll be spending the night. I get to do this every month, just the one night at a time, and it is more precious to me than I am willing to admit to myself. Or to the world that somehow thinks every grandmother everywhere is programmed to love this kind of work—because work, it is. I am worn out. He is four in April. I am feeling every day of 50 and five months.

I do my 10,000 steps on the stairs alone, chasing dinosaurs and mega blocks and 4×4 trucks and the miniature megalomaniac from one floor of the house to the other all day. We hit the ground running from the moment I walk into his house and go-go-go until it’s time to log on for online preschool, which is basically doing all the same running around, but now with an audience waiting for us to flash by. Every so often, a random video will catch his attention, but other than that, he’s too go-go-go for all that lame preschool standing still.

Nestled around Kayden’s drowsy body, I remind myself that I need space and my daughter needs her son to sleep in his own room every night. I rouse Kayden enough to transfer him to his bedroom, tuck the Cars comforter around his shoulders, turn down the heater, turn on the white noise machine, and stand in the doorway for a moment to watch the nightlight throw gentle blues and animal silhouettes across the ceiling, as soft as butterfly kisses.

It’s my turn to get warm and cozy. The heat from a fresh shower trapped inside a layer of pajamas, I clear off the pile of bedtime books and climb into my daughter’s bed, TV remote in hand. The world of grown-up entertainment is at my fingertips. Murder. Mayhem. MSNBC.

It’s my turn to breathe a contented sigh, tuck my own snoozy toes under the covers, and arrange myself on his mother’s pillow.